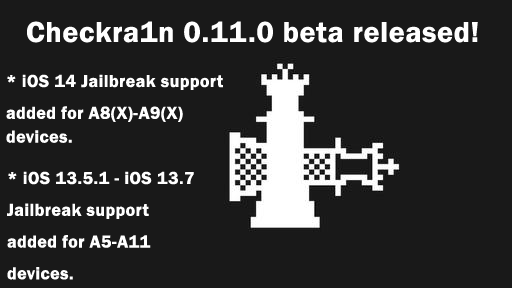 Checkra1n 0.11.0 is officially announced for the iOS device is support 100 % with the latest update. now but this supports only A9 and lower CPU but it’s working on analyzing the latest security and give new update Checkra1n. if you want this tool link I have described at the bottom of the post.

These are the devices that we will initially support on iOS 14:

Devices that we hope will be supported in the coming weeks:

Devices that will be addressed in a future statement:

Please disable your adblocker or whitelist this site!